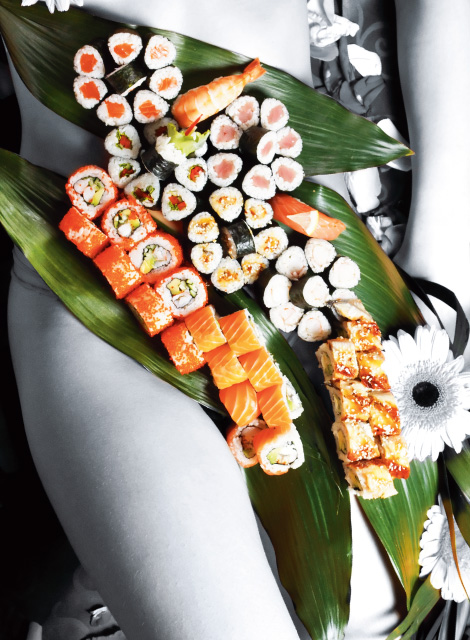 “We wanted it to be very colorful, so we brought in edible flowers and things like that,” said Nguyen. “The body has many forms and each girl is different. It’s not a flat surface to work with. It’s always a curved surface, so you have to place the sushi where it won’t fall over.”

The idea of bringing Nyotaimori to Baton Rouge has been in the works for a while. Tsunami had explored the possibility many times before without anything materializing in the end. Only this time did all the pieces fall into place.

“We’ve been asked to do them in the past, but we’ve never been able to find the appropriate venue,” explained Duplantis. “[The Penthouse Club] was the perfect place to showcase our talents and get the event out there in front of everyone.”

Meanwhile, Penthouse Club was also hoping to produce a show. With the same idea marinating in the heads of folks across town, it was only a matter of time before luck was on Tsunami’s side. All it took was one conversation, and everything was in sync.

“Irina [Tkacheva] spoke with me one day at Tsunami about doing a body sushi night,” said Duplantis. “I told her we had also wanted to do one. It was really kind of a serendipitous moment. She wanted to bring this to life in Baton Rouge, so the venue almost came to us.”